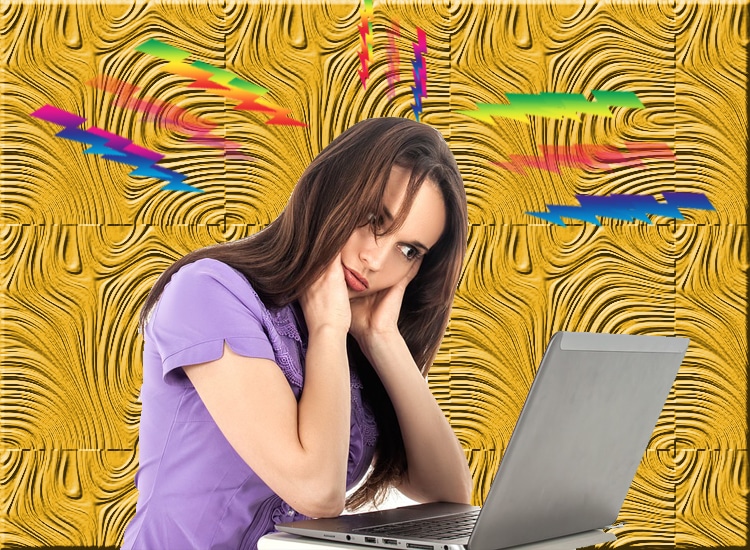 Eye strain can have a lot of symptoms that might not be easy to link to this problem. Some of the most common symptoms of eye strain include the following:
– Headache
– Eye and neck fatigue
– Blurred vision
– Back pain
– Stinging or burning sensation in the eyes

One of the most common signs of eye strain is a headache. But considering that dozens of issues can bring about headaches, how can you tell that your headache has been caused by eye strain?

First of all, headaches usually happen when the eyes dry out. This can happen when you stare at a screen for too long, which has been shown to make people blink less than they normally do.

Also, if you think you are suffering from eye strain in some way or another and your head is also hurting, then that might be a dead giveaway that you are having an eye strain headache.

However, when the headaches occur might offer clues as to whether what you are having is an eye strain headache or not. For instance, if you notice that the headache goes away after spending a while in front of a computer screen, then that would be a very good sign that those recurring headaches are caused by eye strain.

The problem is especially likely to happen when the computer has a flickering screen or glares that can worsen the problem. That is why people who work in front of a computer all day should have their eyes checked on an annual basis, especially when the eyes have issues like near or farsightedness.

Obviously, in this day and age, it is almost impossible to avoid working with computers. Computer eye strain can be avoided in a number of ways, as discussed in the next section.

Eye strain can be treated in a number of ways. One of the solutions to this problem is making lifestyle changes such as avoiding glares, bright lights, or very dim lights. Taking regular breaks can also work.
Other interventions include the following.

– Adjusting the brightness and the text size on the television or computer screen
– Using a device with a flat LCD screen
– Looking away from the screen or light source for about 20 seconds after every 20 minutes of working at the computer
– Blinking an adequate number of times to ensure the eyes don’t dry out.
– Using an environment with proper lighting
– Leaving the desk once in a while to walk around
– Ensuring that windows don’t put any glares on the computer or television screen using blinds

In other cases, there might be an underlying medical condition that would require further intervention from a specialist. For instance, farsighted people might need reading glasses so that they don’t strain to look at things close to them, especially when using computers.

Use of medicine might also help, and in this case, you have the option of using both natural and conventional medicine. Some natural treatments include omega-3 fatty acids and bilberry extract.

Taking drugs like ibuprofen and acetaminophen or other headache medications can also help. But these are temporary solutions, the best option is to resolve the issue that is causing the eye strain in the first place if that’s possible.

There are glasses that are designed specifically to deal with eye strain. In general, these glasses increase the contrast of the computer screen you are focusing on so that the information is easier to see. These glasses are also designed to reduce glare, and even maximize what you can see. Therefore, these glasses have an anti-reflective (AR) coating and some color tint.

The effectiveness of eye strain glasses can vary depending on who is using them. Some people might report significant improvements to their eye strain problems after using the glasses, while others might have a different experience. The important thing is to ensure that you get the right remedy to your eye strain issues to keep the problem at bay.

Video- How To Relief An Eye Strain Headache

Broadly speaking, this depends. For instance, if you are sitting in front of a computer that is causing the eye strain headache, then you can expect it to go on for as long as you are in that state. Unless, of course, you take medication that actually relieves the problem. The severity of the headache might also be an issue. If the headache is not too serious, then chances are that it will last a lot less than a less severe headache once you treat it or get away from the situation that is causing it. 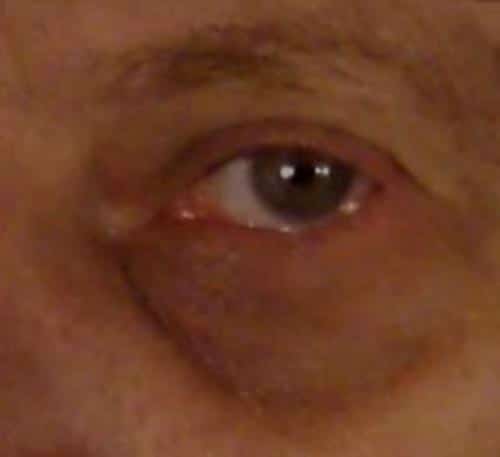 How To Get Rid Of Bags Under Eyes